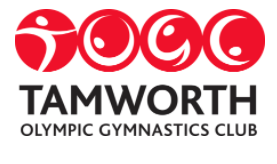 “We need a substructure that will be 100% watertight”

Here at Premier Substructures, we appreciate that a watertight substructure is essential when constructing below-ground in a high water table area. After all, you can’t afford for there to be complications, often leading to a project going over-budget.

Below, we’re going to highlight the challenges one of our clients was faced with when they needed a substructure that was completely watertight, and how we were able to help them stay on-budget.

We were initially approached by the equipment supplier for Tamworth Gym Club, in order to explore building the client a substructure for a landing pit.

Their main drivers for the substructure was that it had to be watertight and on-budget. The equipment supplier was looking for an innovative new way of quickly installing a substructure, and found our unique approach by searching online.

It was our first time constructing a gym landing put, so we worked closely with their engineer and architect in order to design the substructure to suit their exact requirements. This involved introducing a new pit filled with foam so athletes could practice aerial jumps and land safely.

The client had previously installed a landing pit in concrete and had issues with the duration it took on-site. To make matters worse, the final product also leaked. Their initial contact with us was to explore an alternative below-ground construction method.

They needed to overcome the risks of long-term issues such as water ingress and damp. If they decided not to go with our method, they would have to build the landing pit out of the ground, and then raise the equipment up around it.

This would have to be a last resort and would create a series of issues with head height and ensuring a large enough space.

Our client came to us because they wanted an alternative approach that could be installed quickly, and wouldn’t leave them with those long-term issues that occur so often with in situ and precast concrete.

It’s not unusual for approach to be met with a bit of scepticism. However, our clients’ professional team had initially only really considered an in situ approach, so they were very keen to better understand the benefits we could offer, once they had reviewed our product.

In the short-term, the client was also concerned with the cost of the substructure, but was happy with our quote and what we could provide for them with a prefabricated steel substructure. Which is why they chose us for the job.

In response to budget concerns, we value-engineered the product where possible, and worked with the client to give them exactly what they needed. We didn’t over-engineer the design, and made sure that we stayed on-track whilst still ensuring a high-quality end-product.

Our client was extremely pleased with the outcome. The prefabricated steel substructure was installed significantly faster than in situ concrete, and is completely watertight (something all substructures have in common when using our method).

The solution solved all of the issues the gym was having, and left them with a very robust and reliable product. They were incredibly impressed with the end-result.

Want to talk to one of our team? Call us now on